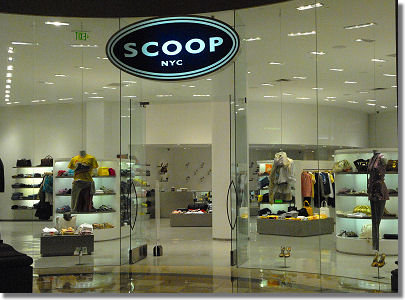 In an exclusive interview with WWD, Scoop NYC president and CEO Susan Davidson said that the company is aggressively moving forward with a number of new store openings in various cities, including Boston. Apparently the company is “close to signing a lease” on Newbury Street.

Very interesting. And about time really. One can’t help but wonder how this will affect sales at Intermix, the only real multi-brand boutique competition (not counting Saks) on the shopping thoroughfare. Though, with its recent amping up of looks and labels, local love The Tannery will go head-to-head with the New York City import. There will likely be some overlap with Dress too, but Jane and Martha keep a much lower profile.

Anyone want to venture a guess as to its targeted location? There are plenty of empty spots. I see it doing something slightly spiffy, between Berkeley and Dartmouth, though it could easily go with a lower rent in a decent space between Fairfield and Gloucester. I suppose it could also join the ranks of Madewell and 344 on the last block of Newbury, though the prices are slightly upscale for that end of the street.